Hello! My name is Natasha and I believe that beauty is all around us.  And when we are in the throes of pain and frustration, the best thing to do is to get out of our heads and look around.  There is beauty in weather and light, beauty in small flowers pushing up through cracks in the pavement, beauty in the birds that hang out on the patio.  And that beauty has the power to shift our perspective and focus away from whatever was bothering us… to the joy that pulses through all living things (and many wonderful places as well.) 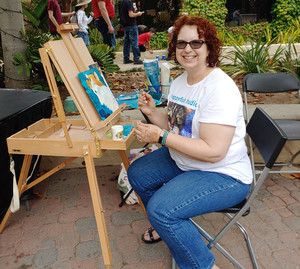 My mission, which I choose to accept, is to celebrate that awe and wonder at that beauty and share it with you through the lens of my art. I hope it inspires you to reclaim your authentic joy and create ripples of happiness…

However, I did not always accept my mission. I was always a creative child… whenever I fell in love with a subject, say, ancient Egypt, I read all I could and then I created elaborate funerals for the lizards my cat killed complete with tomb art and my own version of hieroglyphics…. when I fell in love with Medieval history, I turned my jeans into embroidered tapestries of castles, dragons, unicorns and princesses… I went through a horse phase and drew horses on all my notes and homework… but when I was ready to go to college, I knew I had to “get practical” and do something that would “earn a living and provide health insurance and a pension.”  I had no mentors supporting my artistic dreams, and lots of naysayers who told me to face reality. 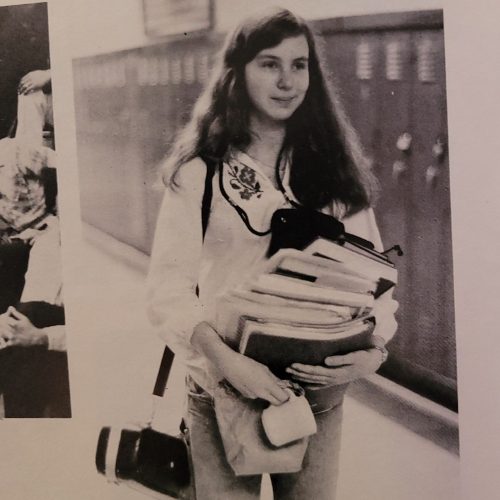 So I tried to be practical. But as a deeply artistic and sensitive person, that didn’t go so well. I ended up majoring in International Studies (for the impractical reason of being able to study in China on an exchange program in 1984, the second year foreign students were allowed in…) and thought that with my experience as an announcer and producer for our local Public Radio Station (I had a few shows, and produced a recorded show featuring children’s stories — splicing tape and overdubbing music…those were the fun days when radio was truly hands-on!), I would be a shoo-in for any entry-level position in public radio.  But that was not the case.  And with a huge student loan, I took whatever jobs I could… and tried to be practical.

We moved around a lot for my husband’s work. And I did a lot of jobs… mainly secretarial.  Always the creative one in the office.  Always in a band outside of the office. Doing all kinds of side projects and crafty things.  In 1997, my husband gave me a henna kit… and the designs looked like the doodles I already did… and I became obsessed…and it grew into a side business… and in 2011, it became a full-time business.

Then I had to look for a new hobbies (since my henna hobby had become my full-time job) and I fell back on mixed media art and collage, things I had enjoyed as a child.  I took online classes (from the Inspiration Place, among others.)  I fell into a group that exchanged postcards once a year and my art began to blossom as I began to share.

In 2018, the Port of San Diego took over the reins of Seaport Village where I had run a body art kiosk, and it was time to shift gears and focus on my art.  And that’s when Poppyfish Studio was born.

What’s in a name?

Papousek.  It’s long, Czechoslovakian, and hard for most people to pronounce.  It’s not even my genetic heritage (my Dad was a Norwegian child adopted by the Czech immigrants who became my grandparents.) But I kept my family name even though  it comes with baggage and obstacles, mainly because I am stubborn. But I never thought I’d have a business.  Most artists name their businesses after themselves… but outside Iowa and parts of Texas, that just didn’t seem like a feasible choice to me.

So I decided to name by art business: Poppyfish.

Why Poppyfish? you may ask…

The state flower of California is the California poppy and the state fish is the garibaldi.  When we first moved to San Diego, we went snorkeling in La Jolla Cove. I put my face in the water and saw a dozen round orange fish.  They looked like poppies!  I called them poppyfish, and later learned they were garibaldi. Many years later when I was searching for a unique name for my business, I remembered my nickname for the state fish… and voila!  Poppyfish Studio. 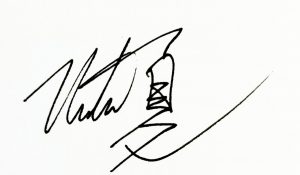