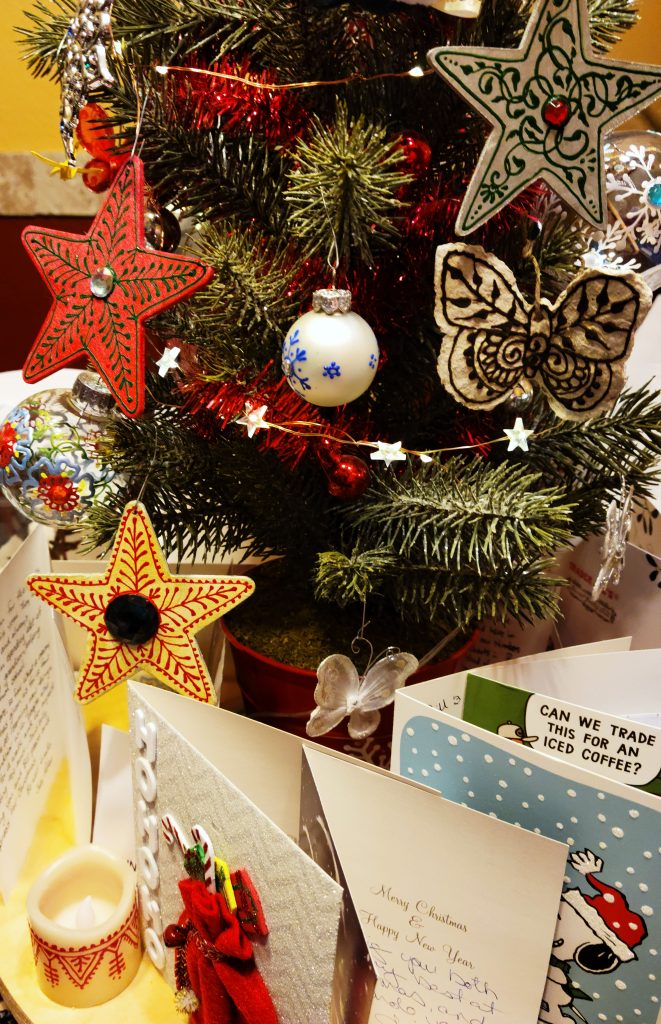 Holidays in the time of CoVid-19… no family visits, no cookie exchanges, no caroling…(although I might try going around our neighborhood with the ukulele as the Masked Caroler…)

We put up a tiny tree on the dining room table with Christmas cards underneath. And  put lights in the windows and poinsettias on the porch. It’s actually our first Christmas spent in our house; we usually visit family back East during this time.

But there is still baking…
In fact, there is more baking than usual. Because this year we are staying at home instead of traveling to visit the in-laws, I had to do something so I got more creative with the baking.

I used her recipe, but tripled the ginger amount and found an Acadian cuneiform alphabet on Google.  My husband and I had fun creating fun little messages in cuneiform (using the edges of chopsticks as wedges – Farrell is a genius!)

Then, I pulled out my Mom’s Plum Pudding recipe and decided to give it a try…

It is a fairly traditional plum pudding and I remember Mom making it in the late 70s.  I would find old pineapple juice cans hidden in the pantry filled with a wonderfully spicy-smelling dark substance that I wasn’t allowed to touch…. she made her puddings in September and let them age until Christmas, then gave them to her colleagues and  neighbors as gifts of the season…but then, one year, she discovered Pillsbury Quick Breads…and she never made another plum pudding again. The recipe lay hidden in her papers until after her passing….and I didn’t feel inspired to try it until now. 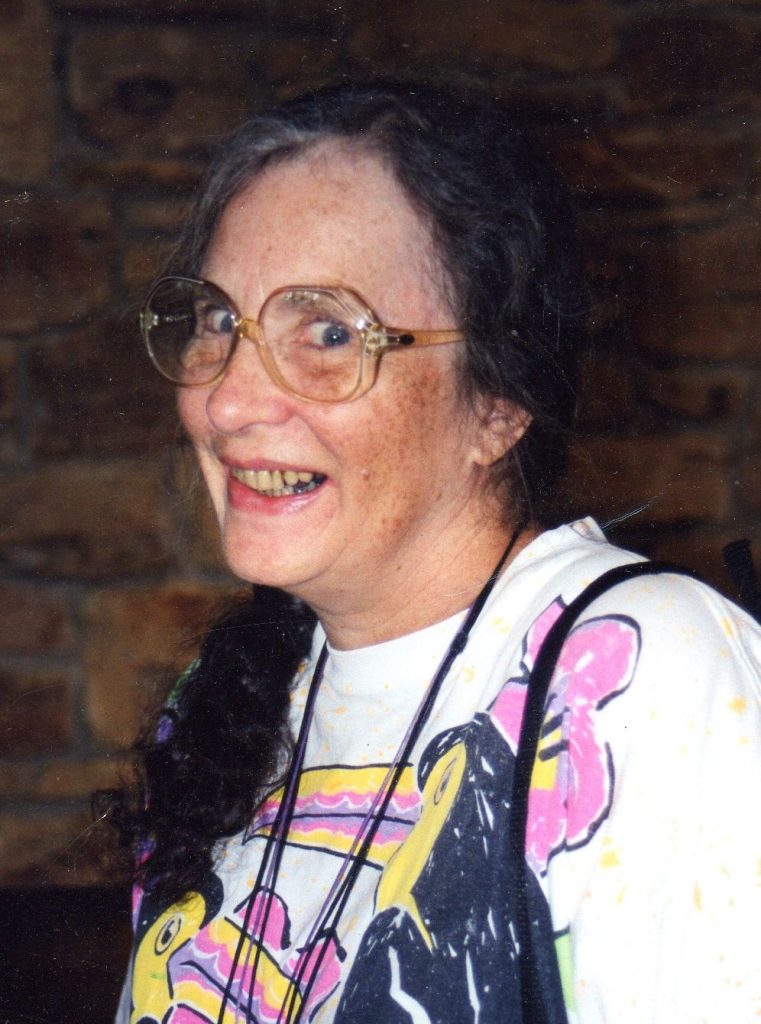 It is not a recipe for impatient people.  There’s fruit that needs soaking for days, and then steaming that takes up to 8 hours, and then you have to let the pudding “cure” for at least 2 weeks.  Traditionally, the pudding would have been assembled on “Stir-up Sunday…It gets its name from the beginning of the passage for the 5th Sunday before Christmas in the Book of Common Prayer, which begins with the words, “Stir up, we beseech thee, O Lord, the wills of thy faithful people”. And it became associated with the making of Christmas Plum Puddings because it was a convenient reminder to get them made in plenty of time to be ready for the special day.

However, I did not think about making this recipe until the 14th of December….and I’m aiming to serve it on January 6th, in time for Epiphany when we take down all the holiday decorations and will need a little cheer.

And, I did alter the original recipe a bit… and  left out all of the candied fruit because I just couldn’t find any.  So I used extra dried fruit. I also used sherry instead of the wine mentioned in Mom’s original recipe or brandy in the other recipes because that is what Mom actually used…

But I can never leave well enough alone… so I consulted with America’s Test Kitchen, James Beard and Julia Child.  I discovered Max Miller’s YouTube Channel “Tasting History” and watched his episode on Figgy Pudding (and then a dozen more episodes about all sorts of other things!

And another YouTube video from the Charles Dickens Museum...

Time to start my Plum Pudding…

Stay tuned for the final stage… the unmolding, drizzling with heated sherry and lighting on fire before serving with a hard sauce…. sometime in January…

I created an illustrated version of the recipe I made. Please feel free to download it!

On January 6th, we pulled out the plum pudding and steamed it for 2 hours while we took down our holiday decorations.  After dinner, I turned it over onto a plate and then did a Google search on how to flame puddings…. it turned out to be fairly easy — and very dramatic! You take some 80 proof alcohol (which ruled out Sherry since it is only 45proof) — we used rum — and heat until warm but not boiling. Then you just touch a starter to it and it will burst into blue flames.

OK.  So I made the”hard sauce” and it was more like frosting, so I added about 1/4 cup of sherry to make it a bit more “sauce-like” and frosted the pudding.